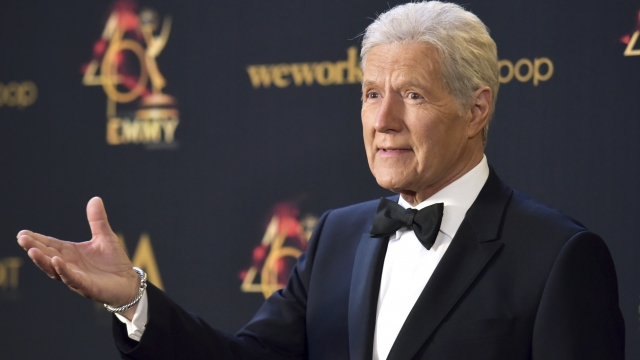 Trebek died Sunday from complications of pancreatic cancer. Back in March 2019, he announced he had been diagnosed with stage 4 pancreatic cancer. Despite the grim prognosis, Trebek pledged to continue hosting "Jeopardy!" throughout the remainder of his contract.

In September 2019, Trebek announced he was undergoing chemotherapy. That same October, he said he knew he was nearing the end of his life, but would continue hosting the show as long as his skills didn't diminish.

The Canadian native has hosted the popular quiz show since its revival in 1984. Over the course of his "Jeopardy!" tenure, he hosted a staggering 8,173 episodes – even with the challenges of filming during the coronavirus pandemic.

In 2014, he earned a Guinness World Record for "most game show episodes hosted by the same presenter." Trebek has won numerous awards, including five Daytime Emmys, a Lifetime Achievement Award, and a Peabody. He was also inducted into the National Association of Broadcasters Broadcasting Hall of Fame, and was named an officer of the Order of Canada – the highest honor a civilian can earn in the country.

"Alex wasn’t just the best ever at what he did. He was also a lovely and deeply decent man, and I’m grateful for every minute I got to spend with him."

Trebek is survived by his wife and two children.