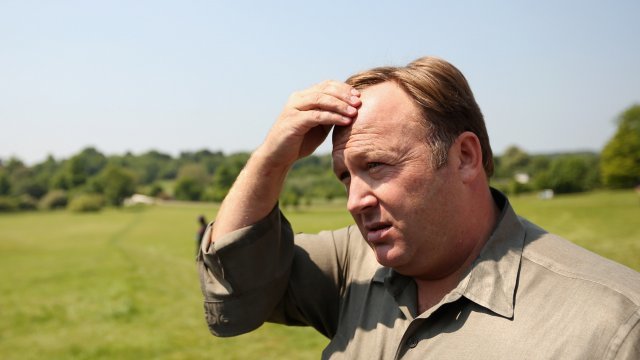 SMS
More Sandy Hook Victims' Families Are Suing Alex Jones
By Gabrielle Ware
By Gabrielle Ware
May 23, 2018
Jones was sued last month by the families of two other children who died in the shooting.
SHOW TRANSCRIPT

The families are joined by an FBI agent who responded to the shooting.

Jones has repeatedly claimed the tragedy, which left 20 children and six school employees dead, was a hoax and that the families involved were actors.

A lawyer for the families told NBC: "Jones's actions subjected the families and survivors of the Sandy Hook shooting to physical confrontations and harassment, death threats and personal attacks on social media."

Jones is a vocal gun rights activist and the host of "InfoWars," which regularly presents conspiracy theories.

He was sued by the parents of two other children killed in the shooting last month.