The Aleppo Siege, As Explained By A White Helmet 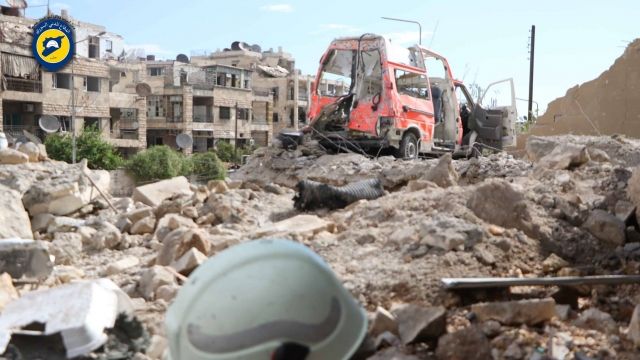 SMS
The Aleppo Siege, As Explained By A White Helmet
By Jake Godin
By Jake Godin
September 28, 2016
Aleppo's opposition-held eastern neighborhoods have been hit with an unprecedented number of airstrikes.
SHOW TRANSCRIPT

Ibrahim Abu Laith, the spokesperson for the White Helmets in rebel-held Aleppo, explains how dire the situation has become for the estimated 250,000 to 275,000 people living there under siege.

A new regime offensive has led to hundreds of deaths, with many more people injured. Activists trapped in the eastern neighborhoods of the city say hundreds of recent Russian and Syrian airstrikes have targeted their city indiscriminately.

The offense came after the collapse of a U.S.-Russia brokered cease-fire. Diplomats have attempted to revive the deal at the United Nations but have so far come up short.