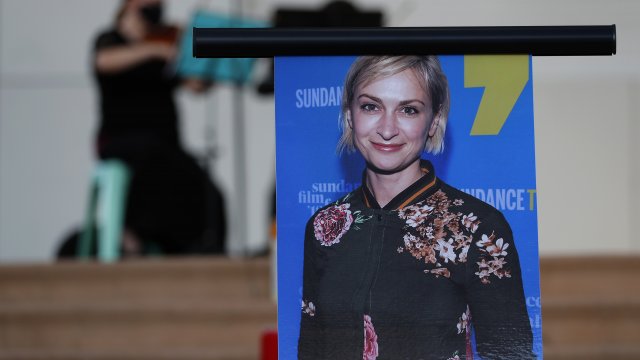 SMS
Alec Baldwin Speaks Out For First Time After Fatal Shooting On Set
By Newsy Staff
By Newsy Staff
November 1, 2021
Baldwin said he took Hutchins to dinner when he got to the movie site and that they were friends.

She was my friend. That's how Alec Baldwin described cinematographer Halyna Hutchins.

This is Baldwin's first time addressing the fatal shooting on the set of his movie "Rust."

Hutchins died, and also director Joel Souza was hurt in the incident.

"She was my friend, she was my friend," Baldwin said. "The day I arrived to set I took her to dinner with Joel, the director. We were a very, very well-oiled crew, shooting a film together and then this horrible event happened."

New Mexico investigators — where the shooting happened — said there is some "complacency" in how weapons were handled on the set, but it's too soon to know whether charges will be filed.