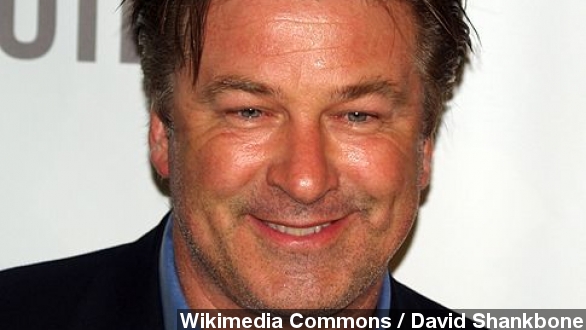 By Lauren Zima
May 13, 2014
Actor Alec Baldwin was reportedly riding his bike the wrong way in New York City and became confrontational with officers.
SHOW TRANSCRIPT

In Touch Weekly was seemingly the first to report police arrested Baldwin after riding his bike the wrong way down a city street.

And has mixed reports on the actor's attitude: "An eyewitness tells the mag the 56-year-old was 'calm and quiet' while he was cuffed and put in the back of the police car, though another onlooker said he 'went ballistic on the cops, screaming at them' earlier during the altercation."

The news quickly got Baldwin's name trending on Twitter.

TMZ is reporting similar details, though only that Baldwin was confrontational with police officers. The outlet says Baldwin got a ticket for disorderly conduct and ​riding the wrong way. He also didn't have ID on him.

The Wall Street Journal, too, says Baldwin was confrontational, citing a law enforcement official who says Baldwin's court date is set for July 24.

Of course, a dramatic altercation would be nothing new for Baldwin. He's earned quite the reputation over the years for yelling at and sometimes getting physical with paparazzi.

He infamously left an an angry voice mail for his daughter Ireland years ago. (Via Us Weekly)

​​He was kicked off a plane for being argumentative with a flight attendant in 2011. (Via Mashable)

According to ABC, a rep for Baldwin had no comment on this latest incident.

And who knows if we'll hear from Baldwin himself. In February he penned a lengthy essay about his retirement from public life. (Via Vulture)

But this month he's been tweeting about his scuffles with paparazzi.

According to reports, Baldwin was biking alone at the time of the incident and was just out for exercise.