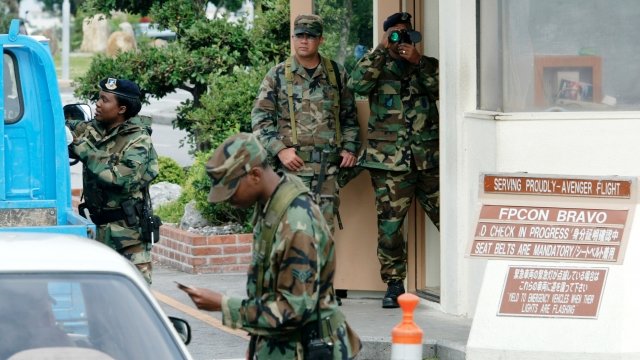 SMS
US Military Imposes Alcohol Ban In Japan After Fatal Car Crash
By Katherine Biek
By Katherine Biek
November 20, 2017
The ban was put in place after a Marine was involved in a fatal car crash Sunday. The U.S. military says "alcohol may have been a factor."
SHOW TRANSCRIPT

All U.S. service members stationed in Japan are banned from drinking alcohol after a Marine was involved in a fatal car crash Sunday.

The service member crashed his truck into another vehicle driven by a local Japanese man. The driver of that vehicle died. The U.S. military said "alcohol may have been a factor," but local police say the Marine's blood alcohol content was three times the legal limit in Japan.

The crash happened on the island of Okinawa. In addition to a ban on alcohol, U.S. Forces Japan ordered all service members stationed in Okinawa to stay on the base or in their residences.

Of the roughly 50,000 military personnel the U.S. has stationed in Japan, about half of them are based on Okinawa. 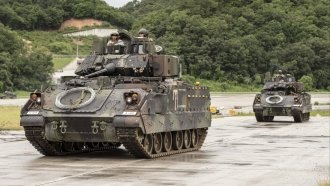 The US May Be Sending More Military Equipment To South Korea

U.S. troops in Japan have seen punishment like this before. Last year, the U.S. Navy imposed a similar drinking ban on its personnel stationed in Japan after a sailor was involved in a multi-car accident.

The U.S. Navy lifted that drinking ban less than a month after it was put in place.

This latest incident could fuel more opposition by locals to American military bases on Okinawa.

On Sunday, U.S. Forces Japan said all military personnel and U.S. government civilians in Japan are required to attend "training to address responsible alcohol use, risk management and acceptable behavior."