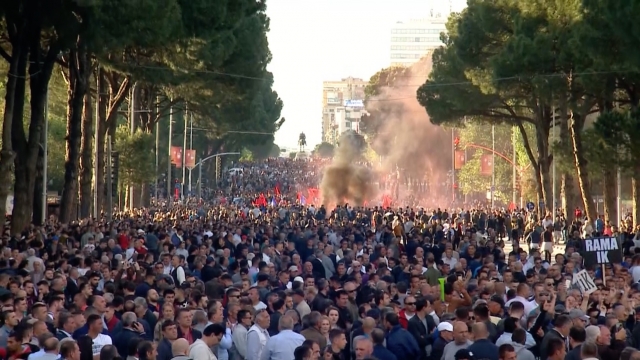 Large-scale protests in Albania turned violent this weekend, and protest organizers have called for a larger rally on Monday.

The center-right opposition considers the government corrupt and says votes were stolen in parliamentary elections. The protests have been raging for three months. They demand that the socialist prime minister step down and want the socialist-majority Parliament to hold a snap election.

Many opposition lawmakers have stepped down from Parliament in protest.

The prime minister responded to the weekend's violence, calling the opposition's stance "blind."

The U.S. Embassy in Albania called for an end to the violence in a statement Saturday. It said the opposition is working against its own goal because "violence is inherently undemocratic."