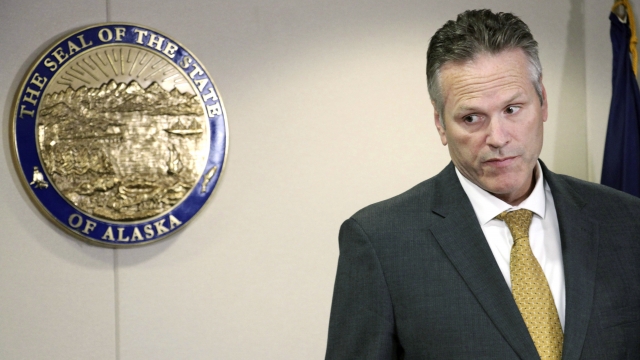 SMS
Alaska Supreme Court Allows Bid To Recall Governor To Proceed
By Bailey Vogt
By Bailey Vogt
May 9, 2020
The five justices found that three of the four arguments put forward by organization Recall Dunleavy could be put before voters in recall petitions.
SHOW TRANSCRIPT

The five justices said three of the four recall arguments put forward by the organization Recall Dunleavy met the legal threshold for signature gathering. Backers still must get more than 71,000 signatures of registered voters to qualify a recall vote for the November ballot.

The recall group is claiming the governor broke state law, illegally used state funds and acted incompetently in a mistaken veto. The justices ruled those were valid arguments to put before voters, according to Anchorage Daily News. The Supreme Court upheld a lower court's rejection of recall arguments that the governor wrongly vetoed money for health care and the judiciary.

The two page order did not give reasoning for the court's decision. Alaska Public Media reported the full opinion will be released in a follow up brief.

Alaska's elections board originally rejected Recall Dunleavy's recall arguments after the governor's appointed attorney general weighed in. A superior court just later overturned the elections board. The state appealed to the Supreme Court.