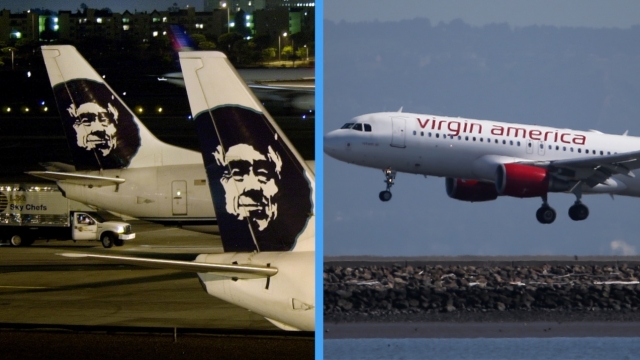 The deal is reportedly worth $2.6 billion.

More of the West has been won –– the Western skies, at least. Alaska Air Group has agreed to purchase Richard Branson's Virgin America for $2.6 billion.

It's a slightly surprising deal. When news of a possible sale broke at the end of March, many thought JetBlue would be the airline to snag Virgin America.

Some analysts believed JetBlue stood more to gain, as its hubs are mostly on the East Coast, and both Alaska Air and Virgin America are based on the West Coast.

But in buying Virgin America, Alaska Airlines will now control 1,200 flights a day, and should be able to raise its prices.

"Together, the two airlines will fly to 114 destinations in four countries, and we'll be the fifth largest airline in the United States," Alaska Airlines' CEO said.

Virgin America's growing profits, with a net income of $200 million last year, will be welcomed by Alaska Airlines as well.