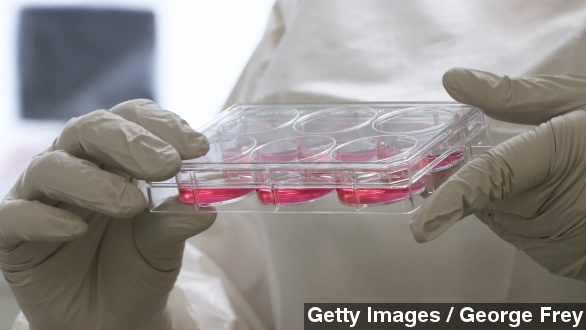 The Centers for Disease Control and Prevention released a report claiming a lab tech in Atlanta might have been exposed to the Ebola virus.

The Centers for Disease Control and Prevention is having a rough year, releasing an alarming lab safety report Wednesday.

In the report, the CDC reveals one of its lab technicians might have been exposed to the Ebola virus.

The sample was believed to be inactivate when the technician handled it without a mask. But now CDC officials say they believe the sample was live.

"A spokeswoman is saying the only possible exposure was to the scientist who handled that virus. The CDC has notified, though, fewer than a dozen other people who may have had contact with that specimen," reports WSB-TV.

The technician reportedly isn't experiencing symptoms related to the disease, but will continue to be monitored. CDC Director Tom Frieden released a statement saying in part, "I am troubled by this incident in our Ebola research laboratory in Atlanta. ... I have directed that there be a full review of every aspect of the incident and that CDC take all necessary measures. ... The safety of our employees is our highest priority."

The lab in question has been shut down. But The New York Times notes, regardless of the CDC's response, this slip up looks pretty bad.

The Times points to past reports of "unsafe practices." One of the most recent: an anthrax scare after a specimen was mishandled in June.

USA Today says, according to government documents, "The labs have been repeatedly cited in private government audits for failing to properly secure bioterror agents."

Frieden spoke to Congress in July, promising to ramp up precautions. "What we're seeing is a pattern that we missed. And that pattern is an insufficient culture of safety."

In Wednesday's report, the CDC said it would use the possible Ebola exposure to help it assess what other safety improvements need to be made. Officials are stressing the lab mix-up is not a threat to the public.