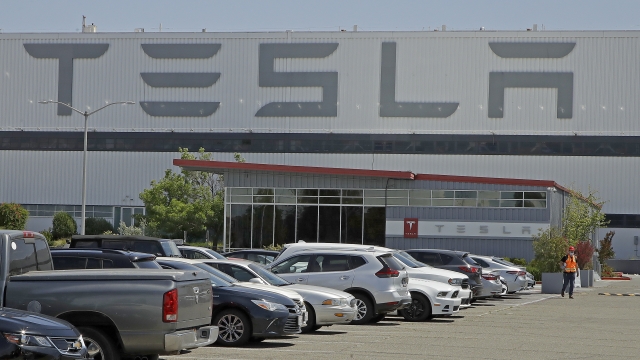 Tesla can soon start making vehicles at its primary factory in California — so long as it implements some additional safety measures.

That's according to the Alameda County Public Health Department. Officials said they held "productive discussions" Tuesday with Tesla after receiving the company's site-specific plan for reopening.

So long as the local spread of coronavirus remains stable and Tesla makes the safety changes it agreed to, then its factory in Fremont can go beyond basic operations this week and fully reopen on Monday.

This agreement comes after Tesla CEO Elon Musk sued Alameda County over the weekend, arguing the factory is "critical infrastructure" and should be allowed to resume production despite stay-at-home orders. He reopened the plant and ordered employees to return to work days later.

Musk has previously criticized California's stay-at-home orders as an unlawful violation of the U.S. Constitution. He also threatened to move Tesla's headquarters to Texas or Nevada, both of which have less restrictive COVID-19 responses than California.

The Alameda County Public Health Department says it'll work with local authorities to make sure Tesla has followed through on implementing the additional safety precautions as it gets ready to resume full production.