Alabama Senate Gets Into Shouting Match During Abortion Bill Debate 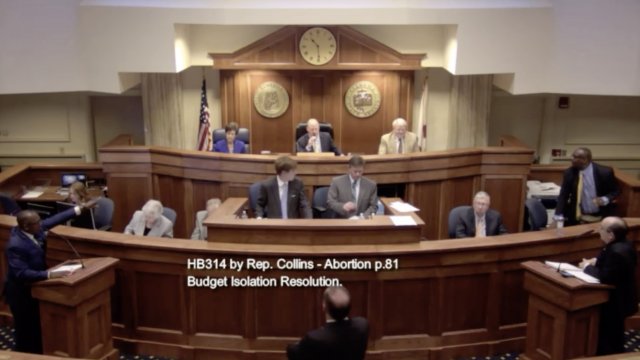 The bill would make it a felony for a doctor to perform an abortion at any stage of pregnancy, unless the woman's life is at risk.

The Alabama Senate devolved into a bit of chaos Thursday as lawmakers debated a controversial abortion bill.

The bill would make it a felony for a doctor to perform an abortion at any stage of pregnancy, unless the woman's life is at risk or the fetus has a "lethal anomaly."

The legislation does not have an exception for pregnancies from rape or incest. Such an amendment was proposed, but it was hastily voted down. That prompted the shouting match.

The Alabama Senate ended up adjourning for the weekend. Debate on the bill is scheduled to continue Tuesday, before lawmakers take a final vote.