Turmoil Over Same-Sex Marriage In Alabama As Judges Clash 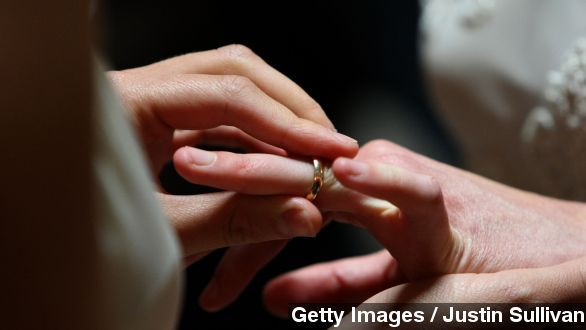 SMS
Turmoil Over Same-Sex Marriage In Alabama As Judges Clash
By Jay Strubberg
By Jay Strubberg
February 13, 2015
It's been a confusing week for same-sex couples in Alabama, to say the least.
SHOW TRANSCRIPT

A federal judge ordered probate judge Don Davis to issue marriage licenses to same-sex couples — a decision that could affect how other officials administer them across the state. (Video via WIAT)

In her decision, U.S. District Judge Callie Granade reiterated her previous ruling that the state's ban on same-sex marriage was unconstitutional. (Video via WAKA)

Moore argues same-sex marriage shouldn't be allowed because one federal judge strikes down the ban. He told NPR, "This power to define marriage is not given to the federal government."

"One federal judge has come in and tried force upon the state something which is something she cannot do. Her opinion is not law," Moore said.

This, of course, isn't new territory for Moore, who's been at odds with federal mandates before.

In 2003, he was removed from his post on the Alabama Supreme Court after he repeatedly defied a federal ruling and refused to remove a huge monument honoring the Ten Commandments from the judicial building.

Hundreds of same-sex couples have obtained marriages licenses in Alabama over the past week, but some judges across the state still refused to hand them out. (Video via WBRC)

"What we're hoping for is that she is going to do something to make it crystal clear that ... any other kind of attempted ploy to thwart her rulings is not going to stand," a lawyer for the American Civil Liberties Union in Alabama said.

Earlier this week, the U.S. Supreme Court rejected a request from Alabama for a temporary stay that would've blocked same-sex marriages. The high court is expected to weigh in on the issue by June — a decision that could affect whether same-sex marriage is allowed across all 50 states.

"I think it's doubtful that people wouldn't accept it. The change in people's attitudes on that issue has been enormous. ... One way or another, it will be decided before we leave town in June," Justice Ruth Bader Ginsburg said.