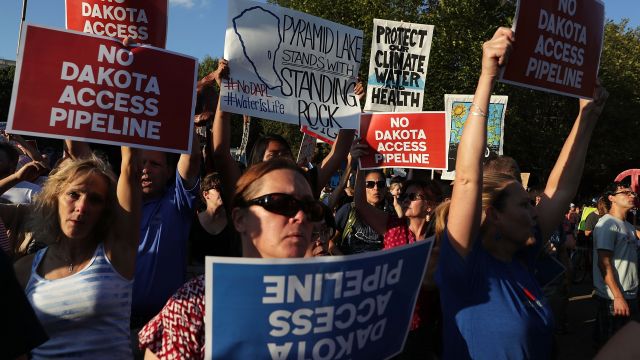 It's been more than a week since an Alabama inspector discovered a leak in a pipeline that normally pushes 1.3 million barrels of gasoline a day.

Although about 336,000 gallons of gasoline leaked, those who live near the spill are lucky it happened where it did.

SEE MORE: East Coast Gas Prices Are Expected To Spike, Thanks To A Pipeline Leak

One Alabama riverkeeper says "it's really pretty fortunate where it is," because the area is contained — upstream from a national wildlife refuge and downstream from a major Birmingham drinking water intake. But pipeline leaks aren't always so fortuitous.

Concerns about pipeline issues have sparked protests against the Dakota Access Pipeline, both in North Dakota and Washington, D.C.

The planned pipeline is expected to run from North Dakota to southern Illinois. But the Standing Rock Tribe says it infringes on their sacred lands and would ruin the tribe's drinking water if it leaks.