Some US States Prepare For Subtropical Storm Alberto 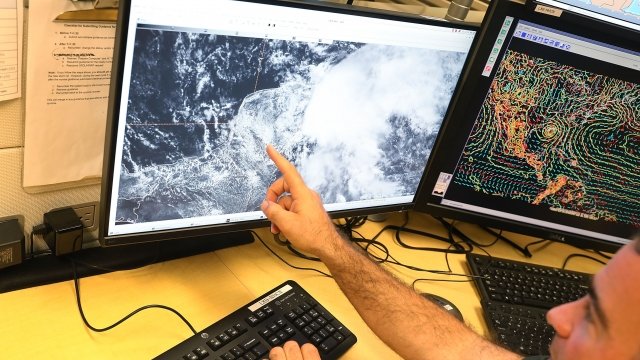 SMS
Some US States Prepare For Subtropical Storm Alberto

By Katie Cammarata
May 27, 2018
Alberto is expected to bring heavy rainfall and flooding in parts of Cuba and Florida on Sunday.
SHOW TRANSCRIPT

Alabama, Florida and Mississippi have issued states of emergency ahead of Subtropical Storm Alberto.

Alberto is the first named storm of this year's hurricane season. Although, the season doesn't technically start until June 1.

The National Oceanic and Atmospheric Administration expects 10 to 16 named storms this year with five to nine of those possibly becoming hurricanes.

As of Sunday morning, Alberto is a subtropical storm, but the National Hurricane Center says it could be come a full tropical storm as it moves into the Gulf of Mexico.

What's The Risk Of A Small Holiday Party?