Some Sex Offenders Could Now Be Chemically Castrated In Alabama 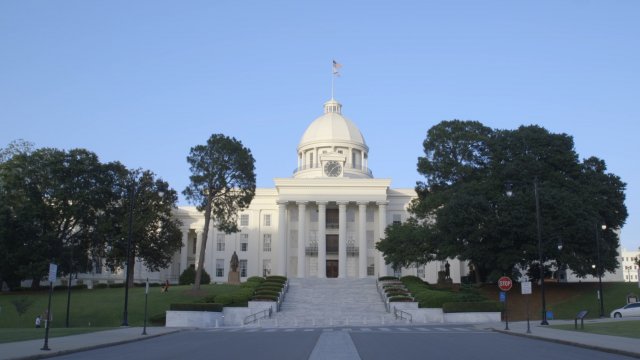 Some sex offenders in Alabama will have to agree to chemical castration if they want to get out of prison on parole.

The bill, signed into law by Alabama Gov. Kay Ivey, says anyone who is convicted of a sex offense involving a person under 13 will be required to undergo chemical castration before they are released on parole.

Offenders would start receiving medication when they're paroled. A judge would decide when they could stop the medication.

The parolee must also pay for the treatment themselves. The law is explicit: "If a person is ordered to undergo chemical castration treatment as a condition of parole and the person refuses to undergo the treatment, his or her refusal would constitute a violation of parole and would result in the person being remanded to the custody of the Department of Corrections." In other words, they'd be sent back to prison.

Chemical castration has been used since 1944.

"The goal is to reduce testosterone to a point where it lowers sexual desire and arousal to stop sex offenders from committing future offenses," said Justin Lehmiller, a research fellow at the Kinsey Institute.

Parolees must take a medroxyprogesterone acetate treatment — the same drug used in Depo-Provera, a common form of birth control for women. The goal is to reduce sexual fantasies and sex drive by blocking testosterone production. Lehmiller says it is not permanent.

"This is a drug that needs to be administered on a continual basis in order for it to keep having its effects," he said.

Alabama isn't the first state to mandate castration in certain cases. In fact, at least eight other states have similar laws. Some states will allow an offender to opt for a surgical castration instead.

But according to the American Psychological Association, the efficacy of the procedure is unproven.

"They do report very low levels of sexual desire and difficulties becoming sexually aroused, and that is linked to a much lower recidivism risk," Lehmiller said.

There are also ethical questions.

The U.S. Supreme Court has not ruled on the legality of mandating chemical castration as a requirement of parole.