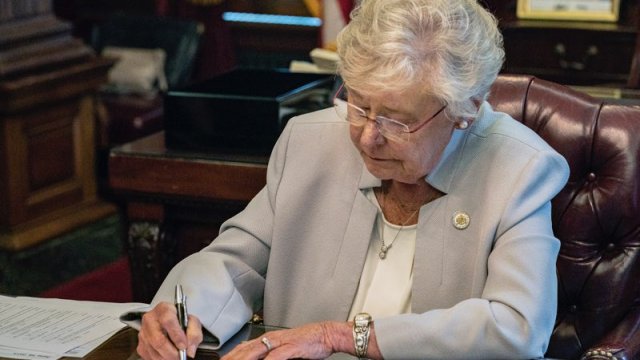 Alabama's governor has signed a bill into law that requires certain sex offenders to undergo chemical castration as part of their parole.

On Monday, Gov. Kay Ivey put her signature on the controversial bill, which is set to go into effect in September.

The legislation applies to anyone convicted of a sex offense against a child under the age of 13. It requires those individuals to start chemical castration treatments one month before they're released from custody. The offenders will have to pay for the treatments, and they must continue them until a court says otherwise.

Chemical castration treatment involves administering medication via pills or injection to block or suppress testosterone production. That, in theory, results in someone losing sexual interest and makes it impossible to perform sexual acts.

Supporters of the bill say it will help protect children in Alabama. But critics, including the ACLU of Alabama, argue the treatment could violate the ban on cruel and unusual punishment.

Multiple other states — including California, Georgia, Louisiana, Montana and Wisconsin — have all passed similar bills for people convicted of sex offenses against minors.

In most of those places, the treatment is chemical and reversible. And in some states, offenders can voluntarily undergo treatment in order to speed up the parole process.