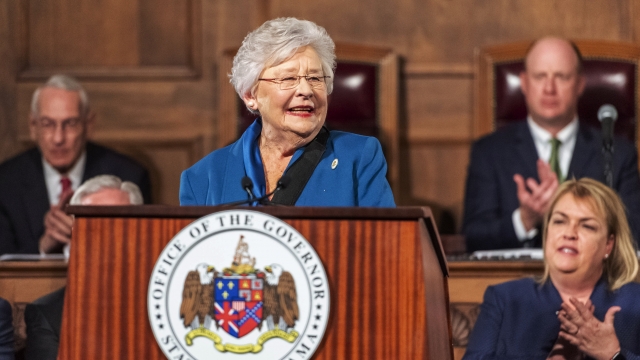 Alabama Gov. Kay Ivey announced almost everyone in the state will have to wear a mask in public to curb the spread of the coronavirus. The mandate takes effect Thursday and will last through the end of July.

The governor made the announcement Wednesday, a day after Alabama confirmed its highest number of single-day coronavirus deaths.

"Nine of the first 13 days of July saw daily increases of more than 1,000 cases," Ivey said. "Earlier this week, 87% of ICU beds statewide were occupied. Folks, the numbers just do not lie."

Ivey says anyone over the age of 6 must wear a mask in public when they can't socially distance from people who don't live in their household.

There are some exceptions. Just like several other states have said, people with certain medical conditions won't be required to wear a mask. Other instances where a mask isn't needed include when people are exercising, swimming, eating and voting.