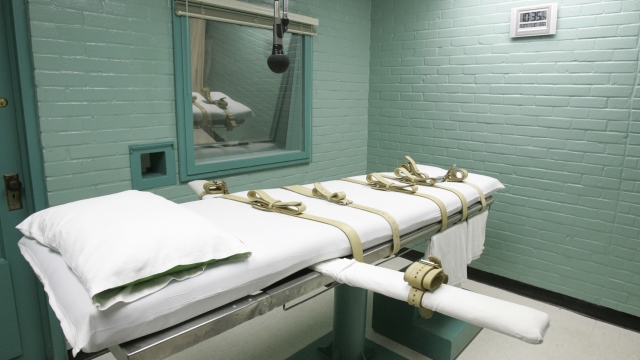 SMS
Alabama Executes Inmate After U.S. Supreme Court Denies Stay
By Katherine Biek
By Katherine Biek
March 6, 2020
Nathaniel Woods was convicted of capital murder in 2005 for his role as an accomplice in the shooting deaths of three Birmingham police officers.
SHOW TRANSCRIPT

Woods was convicted of capital murder in 2005 for his role as an accomplice in the shooting deaths of three Birmingham police officers.

Woods' family members, lawyers and other supporters had tried to get the execution halted, arguing his previous defense attorneys had been incompetent. They also pointed out that Woods' co-defendant has repeatedly said Woods was not involved in the shootings and was innocent.

Although the U.S. Supreme Court issued a temporary stay to consider his appeal Thursday, the judges decided hours later to deny Woods' request to put his execution on hold.

Woods was the first person executed in Alabama this year. The state has not yet set an execution date for his co-defendant.

Additional reporting from Kim Chandler of the Associated Press. Contains footage from CNN.