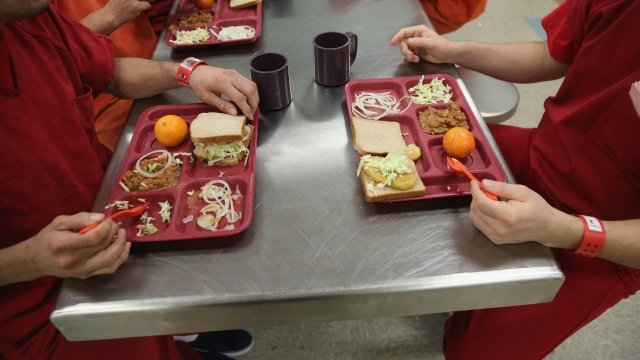 Alabama's governor has moved to end a controversial policy that gives leftover jail food funds directly to some county sheriffs.

According to several reports, Gov. Kay Ivey ordered Tuesday that the excess money no longer be given to the sheriffs "personally." From now on, the funds must go into a county general fund or official accounts.

Ivey said in a statement: "Public funds should be used for public purposes. It's that simple."

The practice has been going on for decades now. Critics say it's encouraged sheriffs to skimp on inmates' food in order to make a profit and that Ivey's move is a step in the right direction.

But the order by itself won't stop sheriffs from pocketing the extra money. Ivey also urged lawmakers to clarify an ambiguous state law in order to completely put a stop to it.