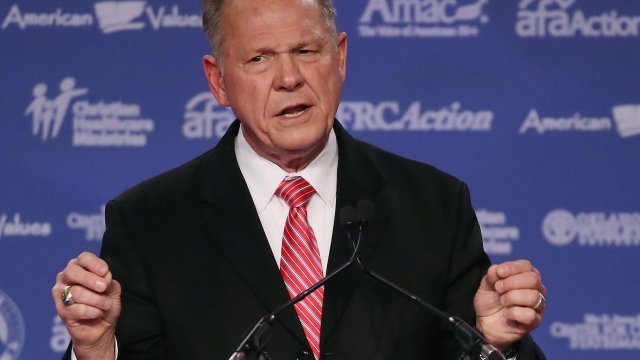 Several Republicans are calling for their U.S. Senate nominee Roy Moore to step down if recent allegations of sexual misconduct prove true.

A now-53-year-old woman claims Moore made sexual advances toward her when she was 14 years old and he was 32, in a Washington Post report out Thursday. Three other women say Moore also pursued them in some manner while they were teenagers.

That same day, Senate Majority Leader Mitch McConnell said, "If these allegations are true, he must step aside." That sentiment was echoed down the ranks.

Sen. Susan Collins called the allegations "horrific" — both she and Sen. Jeff Flake tweeted about Moore stepping aside.

Moore denied the allegations, calling them a "political attack." And a campaign statement said the story is "fake news."

If he stays in the race, Moore will face Democratic candidate Doug Jones, a former U.S. attorney, in the fight to replace former Alabama Sen. Jeff Sessions.