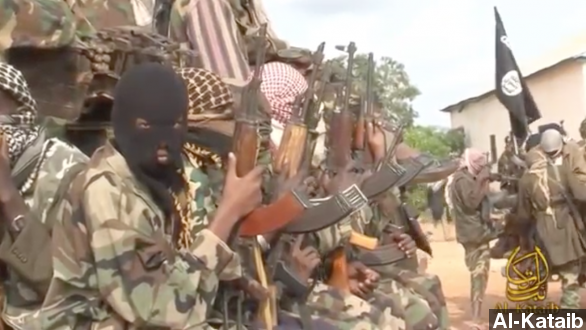 Gunmen suspected to be part of the Al-Shabab terrorist organization seized a bus in northeastern Kenya early Saturday and killed 28 passengers.

A passenger who escaped told the BBC the 60 passengers on board were separated into two groups, Somalis and non-Somalis. Those who could not cite passages of the Quran were then executed.

The Kenya Red Cross has confirmed the deaths and says they are working on transporting the bodies to the county hospital.

While not officially confirmed, the BBC says an Al-Shabab-linked website has released a statement claiming responsibility for the attack and saying it was in retaliation for Kenyan mosque raids in the southern port city of Mombasa earlier this week. (Video via YouTube / -{4}- مؤسسة البتار الإعلامية)

The raids, which uncovered explosives and other weapon stashes, resulted in the death of one man and arrest of hundreds of others, according to Voice of America. (Video via CCTV)

If confirmed, this would be one of the more brazen attacks from Al-Shabab since its leader was killed by a U.S. drone strike two months ago.

Since then, the African Union Mission in Somalia has made considerable gains in reclaiming territory in Somalia that was held by the Al-Qaeda affiliated terrorist group. The United Nations-funded coalition force is made up of about 22,000 troops, including soldiers from Kenya.

Al-Shabab was responsible for last year's Westgate Mall attack in Nairobi. During the attack, which left 67 people dead, hostages were separated into Muslims and non-Muslims before being killed. (Video via NTV Kenya)

The bus from this latest attack was reportedly on its way to Kenya's capital from Somalia. According to Kenya's Interior of Ministry, the attacker's camp was found and destroyed.