Al Gore Had An 'Extremely Interesting' Meeting With Donald Trump 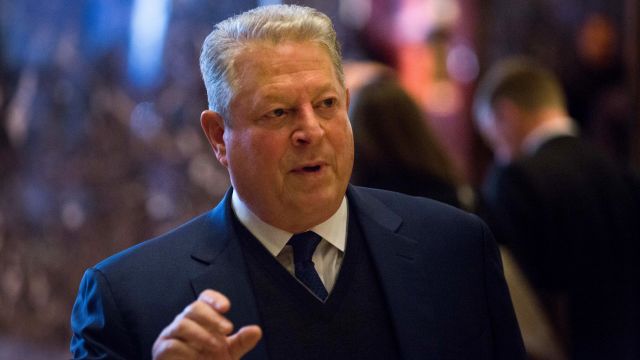 "I found it an extremely interesting conversation. And, to be continued," former Vice President Al Gore told the press.

And that's pretty much all we know for sure about Al Gore's meeting with the president-elect.

The former vice president and prominent climate activist met with both Donald Trump and his daughter Ivanka on Monday.

We don't know for sure what they talked about, but Gore previously pledged to work with Donald Trump on tackling climate change.

And a recent Politico article suggests Ivanka Trump might advocate for climate issues in whatever formal or informal role she ends up playing in her father's administration.

But given that Donald Trump's transition team includes several climate change doubters, Gore's "extremely interesting" conversations might not amount to much.