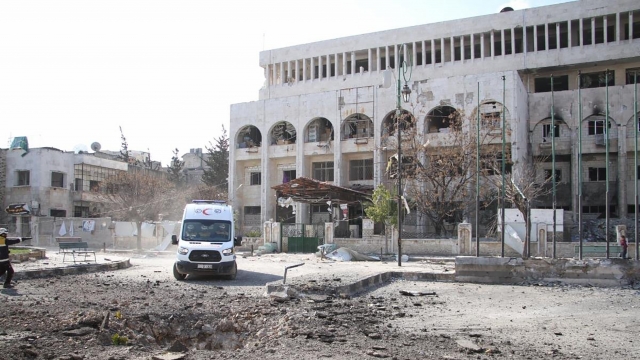 Thirty-three Turkish soldiers have been killed by Syrian airstrikes that targeted rebel-held territories Thursday in the Syrian province of Idlib.

On Friday, Turkey reported it's retaliating with air and artillery fire on Syrian troops. The Syrian Observatory for Human Rights reported the shelling killed 16 Syrian soldiers.

Now Russia says it is deploying two warships to the region. The ships, equipped with cruise missiles, previously took part in offensive actions in support of the Syrian government of Bashar al-Assad.

A Syrian Army offensive in Idlib has forced an exodus of hundreds of thousands of civilians. Air attacks escalated after anti-government rebels seized a key strategic town and highway.

Turkey is backing the rebels, with Russia closely aligned with the Assad regime.

A day before the Syrian airstrikes, a spokesman for Turkish President Recep Tayyip Erdoğan said Turkey was increasing its troops there "to make sure our soldiers and civilians are protected." He vowed retaliation for any attacks.

NATO's secretary-general, Jens Stoltenberg, condemned "indiscriminate airstrikes by the Syrian regime and Russia in Idlib province." He called for returning to a cease-fire negotiated in 2018.

"This dangerous situation must be de-escalated, and we urge an immediate return to the 2018 cease-fire to avoid further worsening of the horrendous humanitarian situation in the region and to allow urgent humanitarian access for those trapped in Idlib."

But Friday the Syrian Observatory reported that fighting was increasing, not slowing down.