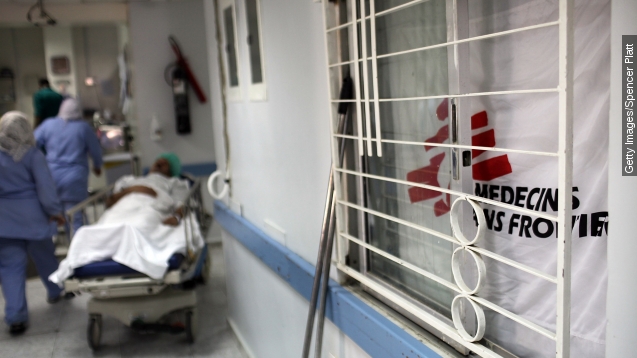 A Doctors Without Borders clinic in northern Yemen was hit overnight by a Saudi-led airstrike, forcing staff and patients to evacuate.

The hospital was hit several times over a two-hour period, but staff members and patients were able to escape between the strikes. One person was "slightly injured" during the evacuation. (Video via Doctors Without Borders)

The hospital gave the coalition the clinic's coordinates earlier this year and has reconfirmed their location every month since.

Hassan Boucenine, head of the group's mission in Yemen, said the attacks are now becoming routine, "Yemen is in an all-out war in which the population caught on the wrong side is considered a legitimate target." (Video via Al Jazeera)

The group has demanded an independent investigation into the Afghanistan bombing, in addition to three U.S.-sanctioned ones already taking place, which the Obama administration has said will be enough.