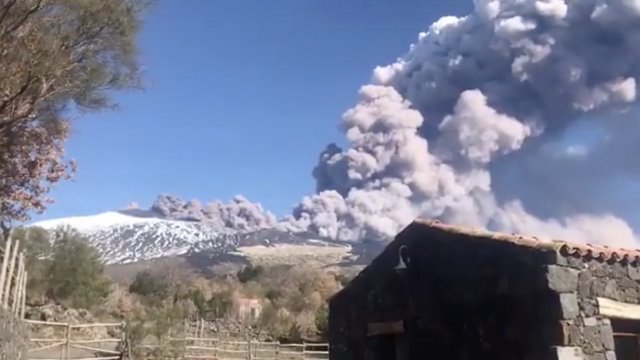 By Stephanie Liebergen
December 25, 2018
Mt. Etna is one of Europe's most active volcanos, but officials in Italy noted it's been more active in the past month.
SHOW TRANSCRIPT

One of Sicily's airports is back open after volcanic eruptions from nearby Mt. Etna caused it to close on Christmas Eve.

Etna was spewing ash, gas and lava on Monday, causing more than 100 earthquakes in just three hours. A new fracture on the side of the volcano broke open for the first time in over a decade.

Mt. Etna is one of Europe's most active volcanoes, so eruptions are common. But officials in Italy noted the volcano has been more active in the past month.

According to the Washington Post, some hikers on the mountain were brought down to lower elevations. But luckily the eruption isn't threatening any major population areas.