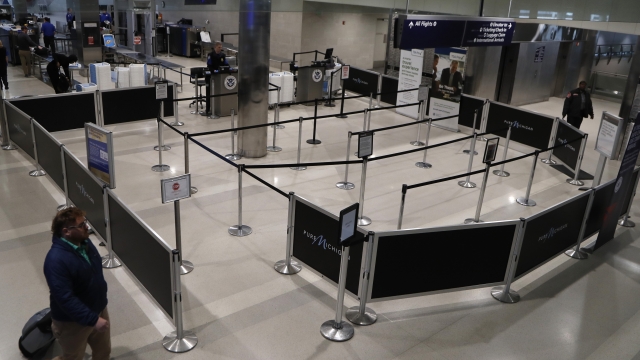 All domestic and foreign airlines must "promptly" reimburse customers for flights that have been canceled or significantly delayed due to the coronavirus outbreak.

The Department of Transportation said it's receiving an increasing number of complaints that airlines were refusing to give refunds, often offering travel credits instead.

It said in an enforcement notice on Friday that it is typical for airlines to give refunds for large scale disruptions — for instance, after the 9/11 terrorist attacks and Hurricane Katrina.

All fliers, even those with non-refundable tickets, are obligated to a refund if the airline significantly delays a flight, cancels or if the government prohibits flying.

While the department is holding airlines accountable for refunding eligible customers, it says it won't pursue enforcement actions for now. It says carriers can avoid penalties if they update refund policies and contact passengers "in a timely manner" to let them know they can get their money back.