Airlines In Europe Are Being Warned About Possible Airstrikes On Syria 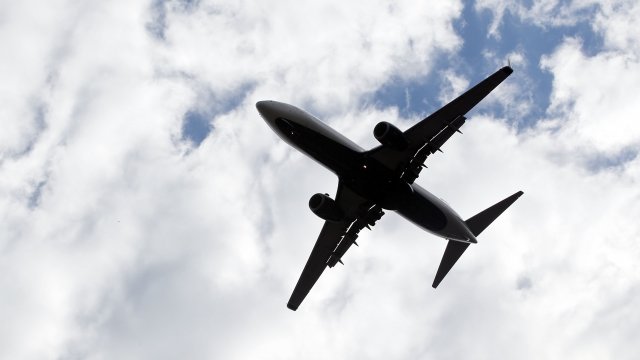 By Briana Koeneman
April 11, 2018
Europe's air traffic control agency said in a statement Wednesday air-to-ground missiles could be launched within the next 72 hours.
SHOW TRANSCRIPT

Europe's air traffic control agency is warning airlines to exercise caution when planning flights in the eastern Mediterranean due to the possible threat of airstrikes on Syria.

Eurocontrol said in a statement Wednesday air-to-ground missiles could be launched within the next 72 hours. And that could disrupt radio navigation equipment.

But leaders in the U.S., U.K. and France say they're considering taking military action in response to a reported chemical weapons attack that happened in Syria over the weekend.

On Monday, U.S. President Donald Trump vowed to respond to the alleged attack "forcefully." He declined to say when that response would take place.