Airlines To Government: Don't Move Separated Kids On Our Planes 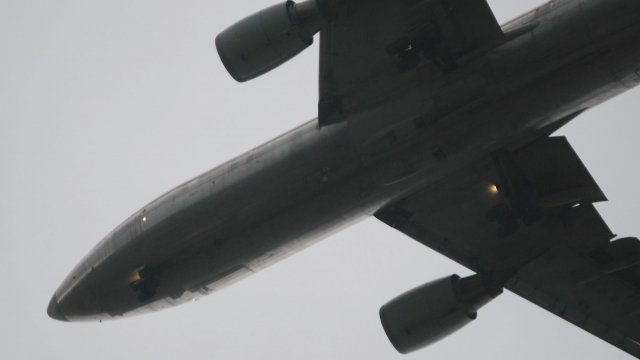 SMS
Airlines To Government: Don't Move Separated Kids On Our Planes
By James Packard
By James Packard
June 20, 2018
Several major airlines said Wednesday they want nothing to do with a Trump administration policy that separated families at the U.S.-Mexico border.
SHOW TRANSCRIPT

American Airlines was the first to do it. United, Frontier, Southwest and Alaska followed suit. Delta said it was against the practice of separating families at the border but didn't call for the government to refrain from using its planes to transport the kids.

American, United, and Alaska Airlines all said they had no evidence the government had actually used their planes to transport separated migrant kids. Frontier said it wasn't aware if it was used for that purpose.

A spokesperson for the Department of Homeland Security said it was unfortunate the airlines didn't want to work with the agency "to protect the traveling public, combat human trafficking, and to swiftly reunite unaccompanied illegal immigrant children with their families."

On Wednesday, President Donald Trump said families have to, largely, be detained together. But at least 2,000 kids have been separated from their parents or guardians since early May, and the president's order doesn't change things for them.