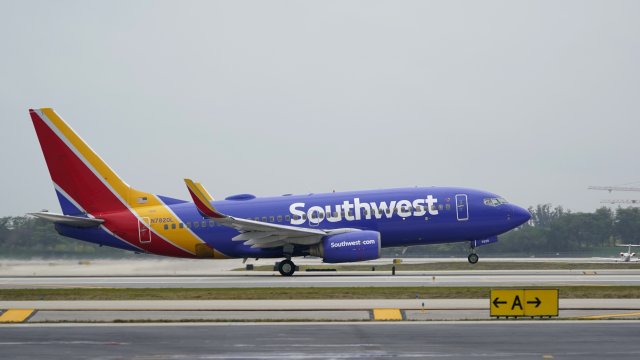 The fights that have erupted among airline passengers over masks are becoming a legal fight brewing in the cockpit.

Ten pilots from three airlines are suing the federal government over a mask mandate they say is illegal, jeopardizes safety, and is leading to passengers behaving badly.

Jeff Chandler is a pilot for Southwest Airlines and one of the ten plaintiffs. He says not only are masks uncomfortable, they can make it hard to breathe, lowering oxygen in the blood and leading to headaches and dizziness.

The mask mandate on planes went into effect in February 2021. Last week the TSA extended it again until April 18th, citing a CDC recommendation.

Passengers seem split on masks, but Chandler believes the people on his planes are fed up.

"You see a lot of frustration with the passengers as they come on board the plane," Chandler said. "And it's causing them to be very aggravated, and lash out when otherwise they would just be normal and happy people getting on a plane to go do whatever it is they're heading out to do."

the pilots' anti-mask lawsuit is similar to one filed in February by the state of Texas. Both suits claim mask mandates are unconstitutional, that federal agencies don’t have the authority to enforce them.

The 10 plaintiffs are at odds with the union representing 62,000 pilots in the U.S. and Canada. In August the airline pilots association supported the mask mandate, saying “facial coverings have been proven to help stop the spread of COVID-19" and that they “will help ensure the safety and health of crew."