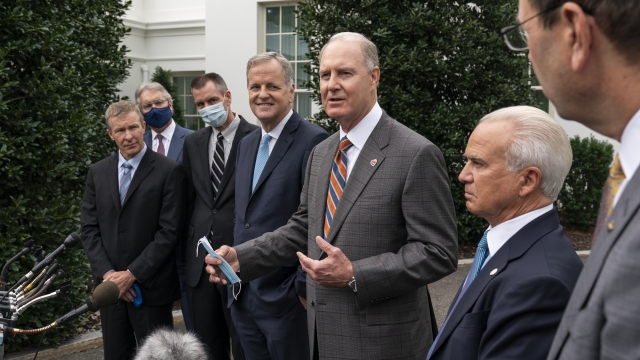 Airline CEOs and unions are calling for an extension to federal funding as industry layoffs loom.

Leaders met with White House and congressional officials ... looking for $25 billion they say is needed to head off layoffs and furloughs of tens of thousands of airline workers.

"It's not fair to them; it's not fair to our country. There is enormous bipartisan support for an extension to the the payroll support program which would keep those people employed and the only problem we have, is we don't have a vehicle for getting it done," said American Airlines CEO Doug Parker.

Hit hard by the coronavirus pandemic, airlines earlier received $25 billion in federal coronavirus aid but were prohibited from cutting any jobs. That deal ends September 30 and airlines are still struggling....with passenger demand still at only about 30% of normal.

Despite bipartisan support the additional funding has been lost in overarching coronavirus relief negotiations.

Meanwhile, new aid by the French and Dutch governments are helping Air France and KLM and news from Norway over the weekend indicates a bailout for Norwegian Air.