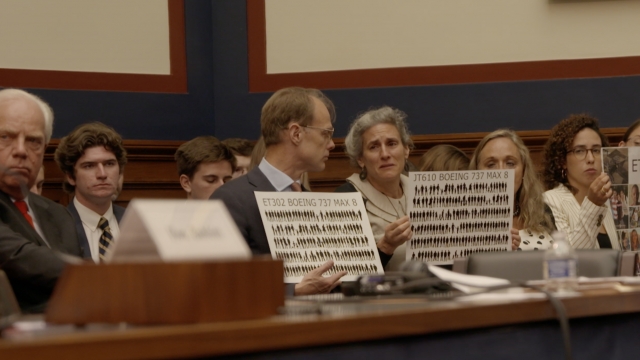 Airline industry leaders testified before a House committee Wednesday to address concerns over Boeing's fixes to the 737 MAX.

Airline industry leaders were back on Capitol Hill Wednesday talking about the future of the Boeing 737 MAX. Boeing says it has made software fixes to get the plane back in the sky after two deadly crashes. But the FAA has not tested it yet.

"We must investigate accidents before they happen," said retired Captain Chelsey "Sully" Sullenberger. "These tragedies happened in foreign countries. But if we do not address the important issues and factors, they can and will happen here."

Sullenberger, widely known for successfully landing a plane on the Hudson River in New York, was one of five experts to testify before the House committee. He criticized Boeing for being more concerned about its products than the pilots.

"There is a significant trust gap between the APA and Boeing. Boeing is going to have to continue to be forthright going forward," said Allied Pilots Association spokesman Jason Goldberg.

Part of that, Goldberg says, is training. He is demanding Boeing open up its MAX simulator in Miami. Newsy previously reported Boeing hasn't agreed to do that yet.

"We were offered that opportunity by Boeing, and inexplicably, Boeing revoked offer, and we haven't got an explanation why. We're still very hopeful that before the FAA recertification is complete that we have the opportunity to get our safety experts into the 737 max simulator in Miami to contribute to the recertification particularly on the training side."

Any access to the simulator after the recertification of the Boeing 737 MAX, he believes, would be just for show and not to actually provide feedback or improvements.

"We really feel it's critical for our APA safety efforts to be part of this process," Goldberg said.

Members of Congress are trying to figure out what their role needs to be in making sure this doesn't happen again. That includes more involvement in the process —  possibly writing laws going forward.

Transportation and Infrastructure Committee Chairman Peter DeFazio said Wednesday: "We will not jump to conclusions. But if the facts lead us to a point where we can effect change, we will not hesitate to take legislative action."

Pilots like Goldberg say congress needs to have a more active role in requiring the FAA to take a bigger role in the certification process and distance itself from the industry it regulates. In the end, he hopes, Congress will move the recertification process further out of the hands of the manufacturers and force regulatory authorities to take a more leading role.