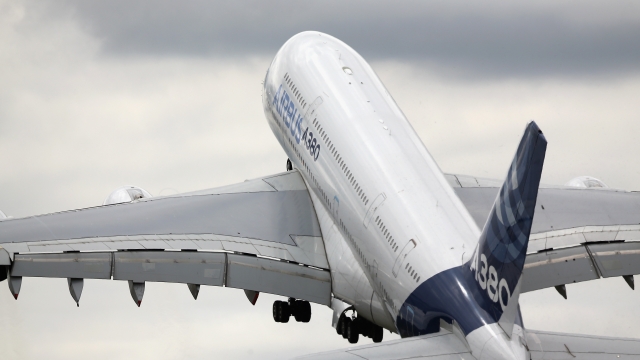 SMS
Airbus Settling With Fraud Agencies To End Corruption Investigation
By Bailey Vogt
By Bailey Vogt
January 28, 2020
The BBC reported the company will pay over $3.3 billion in fines.
SHOW TRANSCRIPT

Airbus said it has reached a preliminary deal with fraud investigators to end a global probe into reports of bribery and corruption.

The airplane manufacturer said Tuesday it had reached an agreement "in principle" with American, British and French investigators to avoid prosecution, which is pending approval from each government.

While the company couldn't provide additional details, the BBC reported the manufacturer could pay over $3.3 billion in fines to avoid litigation.

Investigations into Airbus began in 2016 after the company said it self-reported for irregularities with its use of middlemen in selling its planes. U.S. authorities are also looking into if the company violated American arms trafficking regulations.

The Wall Street Journal reported the investigation led the company to create a new ethics system and restructure their entire management and sales team.