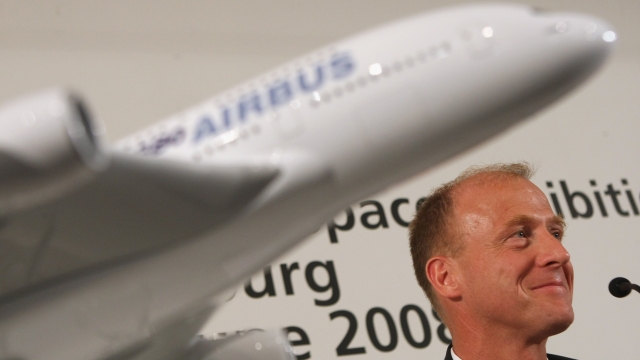 The United Kingdom is about two months away from its scheduled exit from the European Union, and there's still no agreement on what the new relationship will look like. And major U.K. businesses aren't happy about it.

"Businesses are still unable to plan for the future. And we, along with many of our peers, have repeatedly called for clarity," said Tom Enders, the CEO of Airbus.

Tom Enders, the CEO of Airbus, put out a statement Thursday that appears to try to pressure U.K. lawmakers into striking a deal.

Airbus employs 14,000 people in the country and the company says its business supports an additional 110,000 jobs. But Enders made it clear that he's not afraid to move his company out of the U.K.

"Of course, it is not possible to pick up and move our large U.K. factories to other parts of the world immediately. ... And make no mistake, there are plenty of countries out there who would love to build the wings for Airbus aircraft," Enders said.

British Parliament is currently expected to vote on the latest Brexit deal on Tuesday.