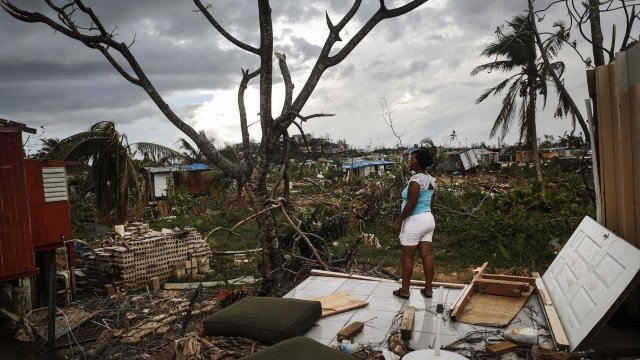 By Katie Cammarata
May 10, 2018
Airbnb launched a feature on the island that lets customers sign up for activities that locals host.
SHOW TRANSCRIPT

Puerto Rico's governor and Airbnb are teaming up to increase the island's tourism and rebuild after Hurricane Maria.

Here's how they say it'll work: Airbnb launched a feature on the island that lets customers sign up for tourist attractions and events, like a sunset sail or a rainforest waterslide tour. Locals host those activities. Airbnb gets some money from the attractions, but the hosts also will get a payout.

The company says for the next three months, it'll donate all fees from trips booked in Puerto Rico — both from Airbnb rentals and those activities — to organizations revitalizing the island after last year's hurricane.

Puerto Rico's governor says: "Leveraging the power of the Airbnb platform, we have the opportunity to increase visibility of the Island as a travel destination, making it more sustainable, more diverse, and allowing more residents to benefit from the economic opportunities that tourism provides."

Puerto Rico is still reeling from Hurricane Maria, which devastated the island in September. It left many there without power for months.

And some are still waiting. As of Thursday, about 5 percent of the island still didn't have electricity.