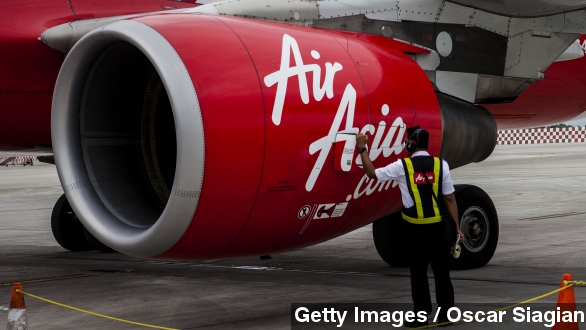 The newly missing AirAsia flight is the second major aircraft to vanish this year — and the third downed passenger jet. And while it's true that one or two planes go missing every year, commercial aircraft rarely disappear.

Since World War II, more than 80 aircraft have been declared missing. That's an average of 1.2 planes disappearing each year.

This map by Bloomberg shows where and when those planes went missing. Most of the aircraft were small private planes, unlike the large commercial jets we've seen disappear this year.

The cause behind each of these disappearances is often unknown, though mechanical failure or bad weather are common suspects.

AirAsia Flight QZ8501 disappeared Sunday over the Java Sea with 162 people aboard. Contact with the plane was lost 42 minutes after it took off from an airport in Indonesia.

AirAsia says the last communication came from the pilot when he asked to change course to avoid bad weather.

And as usual, there's no shortage of speculation on cable news.

"The weather should be very suspect in this case ... We may have run into a unique situation here with heavy rain, icing, etcetera," said Bill Kaufman.

"Whatever happened happened very quickly. ... It is unsual there is no call. The call would come in the form of a mayday, mayday, mayday." said Michael Kay.

"Many things could have happened in the climb up or around the weather including for example a compressor stall on the engine." said Mary Schiavo.

Search and rescue teams are searching the waters and mountains where the plane was last heard from. Aerial search efforts were called off Sunday night local time to resume Monday morning, though some ships kept looking overnight.