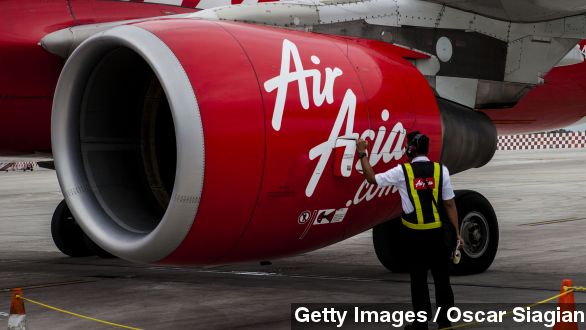 By Jay Strubberg
January 7, 2015
The plane's black box should contain voice and data recorders which holds crucial information on figuring out what exactly caused it to crash.
SHOW TRANSCRIPT

Indonesian officials say search teams have located the tail of the missing AirAsia plane in the Java Sea Wednesday, a finding that could provide new information on what happened to the aircraft.

"These pictures are simply haunting. You can make out the plane, the logo. It says AirAsia on it. You can see the 'A' on the plane as well," said ABC International Correspondent Muhammad Lila.

AirAsia's CEO says the plane's tail is a crucial discovery because it should contain the black box, which holds voice and data recorders, unless it was jarred loose when the plane crashed. (Video via ODN)

As of Wednesday, 40 bodies had been found and officials told ABC the tail section of the plane could possibly have more inside.

The search-and-recovery operation for the missing airliner has entered its 11th day and has been hampered by bad weather. (Video via BBC)

The AirAsia plane disappeared more than a week ago with 162 people on board while traveling from Surabaya, Indonesia to Singapore. (Video via Arirang)

Air traffic control lost contact with the pilot about halfway through the flight when he requested to go climb altitude to avoid a rough patch of weather. (Video via CCTV)