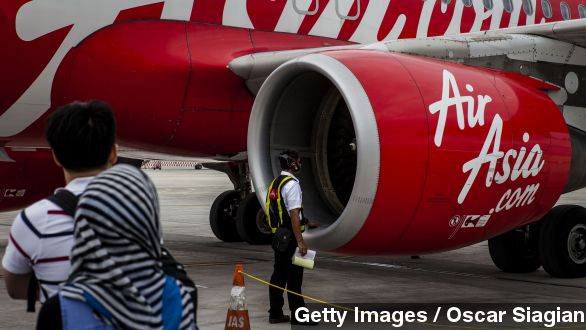 The search for the black boxes of AirAsia QZ8501 isn't over yet. Rescuers didn't find the boxes in the plane's tail after bringing it up from the bottom of the Java Sea.

The Wall Street Journal quotes the head of Indonesia's Transportation Safety Committee. He believes the black boxes are within a kilometer of the site where the tail was discovered.

But the search for the black boxes won't be easy, as divers face limited visibility, strong currents and a muddy sea bottom in their search. (Video via Euronews)

Black boxes record conversations among crew members on any flight and monitor various operating functions of a plane. (Video via The Telegraph)

And while experts speculate rough weather caused the AirAsia crash, the black box will provide investigators with concrete evidence to support or refute that idea. (Video via CBS)

The tail of flight QZ8501 is the largest piece of the plane to be recovered. Only 48 out of 162 bodies have been found so far.