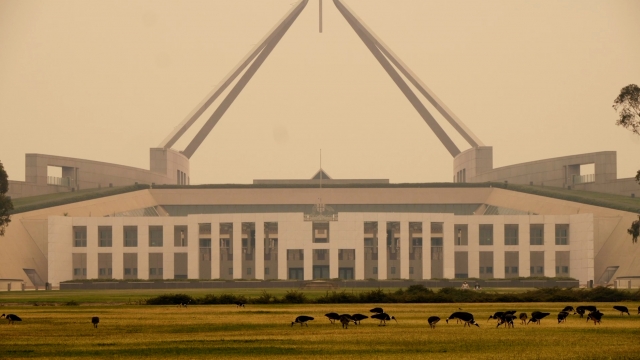 By Terace Garnier
January 14, 2020
Australia's capital is among the most polluted major cities in the world, with pollution levels 25 times higher than the "hazardous" threshold.
SHOW TRANSCRIPT

"It's like being jailed," said Canberra resident Jordon Thompson. "I'm just like, 'I don't want to go outside, don't want to have an asthma attack.' It’s terrible. I’m confined to my own house."

Canberra has been clouded in smoke from surrounding bushfires for weeks. It’s so bad it sets off smoke alarms in a luxury hotel at all hours of the day and night. 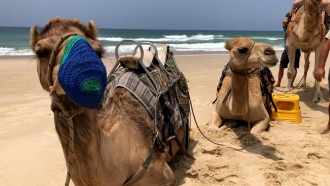 Some apps designed to calculate levels of air quality say levels in Canberra are the equivalent of smoking 16 to 140 cigarettes a week.

"The smell sometimes is so bad that it chokes you," said Canberra resident Rebecca Granlund. "It really gets into your throat. And it's getting into our house as well.”

Pharmacies in the Australian Capital Territory, or ACT, received almost one thousand masks at the beginning of 2020. But only pregnant women or those with chronic lung conditions can request the P2/N95 masks that are needed. For everyone else, each mask costs about 4 U.S. dollars. 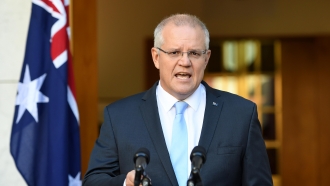 "I’m concerned," Granlund said. "I have an 11-month-old at home as well, so I’m more concerned about her than myself. But I have had some issues with coughing and things and runny noses and stuff. So I have just been wearing the masks because I figure it’s better than wearing nothing at all."

Many residents are angry at the government saying it should have done more to stop things from getting to this point. The Australian Department of Health did not immediately respond to our request for comment.

The ACT did issue some masks to pharmacies, but fliers posted around display stands warn the masks will not fully protect from the dangers of constant smoke inhalation. They recommend people stay indoors to avoid exposure.