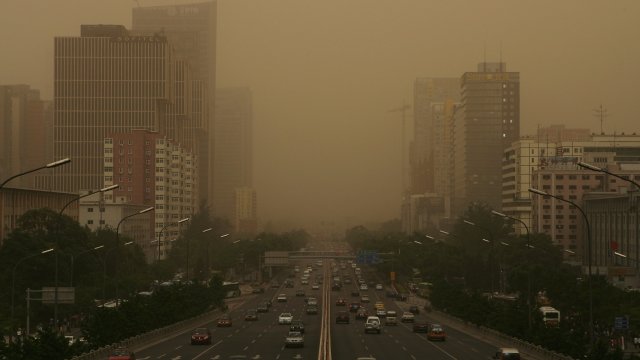 SMS
Study Shows Air Pollution Might Have Negative Effect On Brain Function
By Ahmed Jawadi
By Ahmed Jawadi
August 28, 2018
Seniors, men and the less educated may be especially affected, according to the study.
SHOW TRANSCRIPT

Turns out breathing unclean air isn't just bad for your lungs, but also for your brain.

A new study published by the Proceedings of the National Academy of Sciences suggests that breathing polluted air might have a hand in impeding one's mental abilities.

Although the study was conducted in China, don't think its implications are limited only to that region. According to the World Health Organization, 91 percent of the world's population lives in places with poor air quality, and its health risks can range from high blood pressure to increased chances of autism.