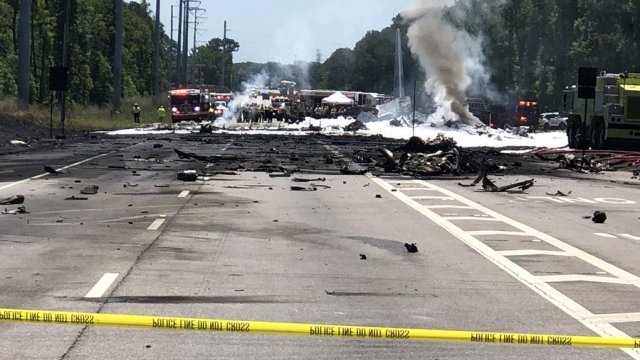 SMS
Air Force Orders A Safety Review After Deadly Crashes
By Austin Kim
By Austin Kim
May 8, 2018
After a series of crashes involving military aircraft, the Air Force is requiring some of its units to undergo an "operational safety review."
SHOW TRANSCRIPT

After a series of crashes this year, the Air Force wants certain units to do a one-day review.

Those who oversee "flying and maintenance functions" will go through an "operational safety review" before May 21. Units with the Reserve and Air National Guard have until June 25 to finish the assessment.

The Air Force says this review will allow airmen to bring up any safety concerns with their commanders.

The announcement comes after a C-130 crashed in Georgia shortly after takeoff in early May. That crash killed all nine people on board.