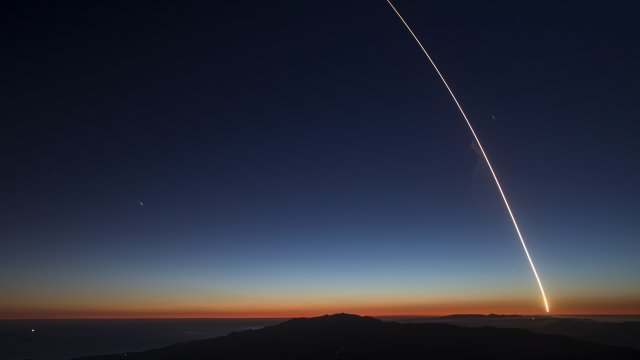 SMS
Air Force Finally Ready To Launch Next-Generation GPS Satellite
By Ethan Weston
By Ethan Weston
December 16, 2018
It's about two and a half years behind schedule.
SHOW TRANSCRIPT

On Tuesday, the U.S. Air Force will launch its first next-generation GPS satellite.

The satellite is the first of 32 planned GPS III satellites, which will replace an older GPS system. They'll reportedly be harder to jam and will also interface better with other countries' navigation satellites.

The new satellite is two and a half years behind schedule, but a ground control unit meant to pair with the new system is even further behind — it isn't expected to be ready until at least 2022.

The GPS III satellite will launch from Cape Canaveral, Florida, aboard a SpaceX Falcon 9 rocket on Tuesday.