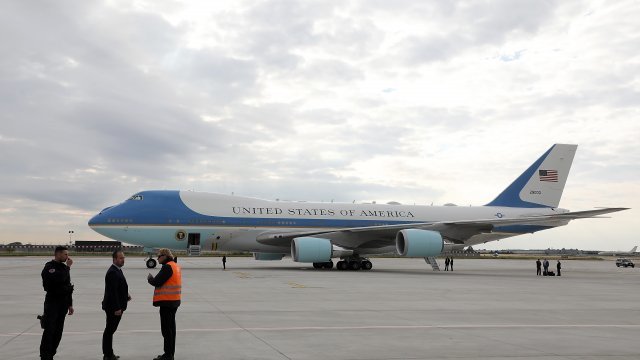 By Grant Suneson
August 1, 2017
The Air Force is in the market for new planes for the president, and one news outlet says it might have found some already assembled.
SHOW TRANSCRIPT

It's no secret President Donald Trump wasn't a fan of how much it might cost to replace Air Force One. Now, it looks like the Air Force may have a way to cut costs.

Anonymous defense officials told news outlet Defense One that the Air Force will buy a pair of Boeing 747-8s originally built for a now-defunct Russian airline.

That airline originally ordered four aircraft, ringing in at $1.5 billion. But it eventually went under. Boeing reportedly only finished two of the new planes and stored them until it could find a buyer. 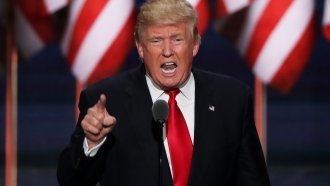 Trump Can't Repeal Obamacare Alone, But He May Be Able To 'Implode' It

The Defense One report didn't say how much the planes will cost. But the Pentagon requested a $3.2 billion budget for the Air Force One replacement program from 2018 to 2022.

The average price for a 747-8 is almost $387 million. But Air Force One has to be equipped to deal with missiles and withstand the electromagnetic pulse from a nuclear explosion, which will no doubt be expensive.

The Air Force didn't confirm all the details in the Defense One story but says it's "working through the final stages of coordination to purchase two commercial 747-8 aircraft." The deal could be made official shortly.

Correction: A previous version of this story incorrectly said the Air Force would buy a pair of secondhand Boeing 747-8s from a now-defunct Russian airline. Reportedly, the Air Force will buy the pre-built planes new, directly from Boeing.