The Air Force Is Reviewing International Layover Guidelines For Crews 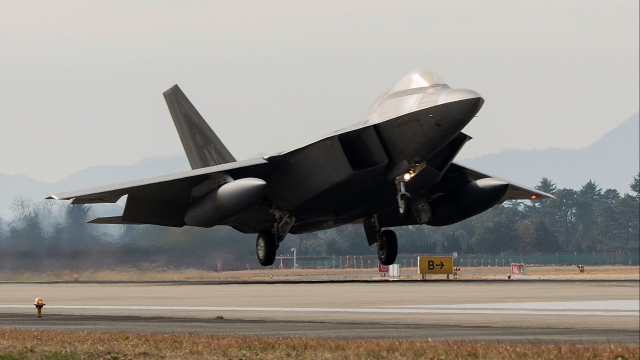 SMS
The Air Force Is Reviewing International Layover Guidelines For Crews
By Katherine Biek
By Katherine Biek
September 9, 2019
The review comes after reports said a C-17 crew stayed at one of President Trump's resorts in Scotland during a refueling stop in March.
SHOW TRANSCRIPT

The U.S. Air Force is reviewing how it books accommodations for crews during international layovers.

The order from the military branch's leadership came after reports said an Air Force C-17 crew stayed at one of President Donald Trump's resorts in Scotland during a refueling stop on its way to Kuwait in March.

That trip to the Trump Turnberry resort is part of a House Oversight and Reform Committee investigation into military spending both at and around the property. According to a June letter sent to then-acting Defense Secretary Patrick Shanahan, lawmakers are looking into whether the military expenditures represent a conflict of interest for President Trump and whether they violate the Constitution's emoluments clause.

But a senior Democratic aide recently told CNN the Pentagon has yet to comply with the committee's request for documents.

Thomas said a government contractor chose the Trump resort over a nearby Marriott for the seven-person crew because it had a cheaper rate. Additionally, he said the Trump resort was the closest hotel to the airport with enough available rooms.

Although Thomas noted the Air Force hasn't found any evidence of wrongdoing in selecting the Trump resort in this case, he noted such lodging "might be allowable but not advisable."