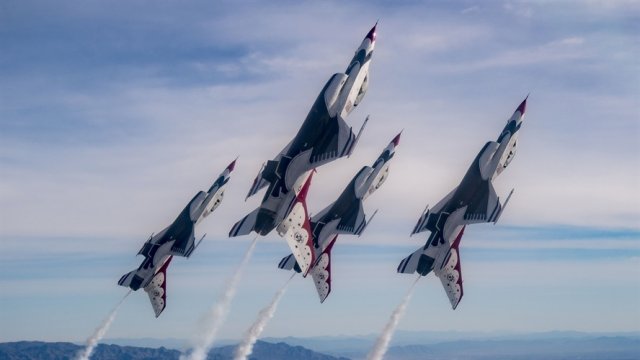 The U.S. Air Force Thunderbird pilot who crashed during a routine training flight Wednesday has died.

The Air Force said in a statement a F-16 Fighting Falcon crashed over the Nevada Test and Training Range on Wednesday morning. The pilot's identity won't be released until his next-of-kin are notified.

The Air Force is investigating the cause of the incident.

The man was part of a team of the Air Force's six best F-16 pilots, who do flight demonstrations and air shows across the country.

The Thunderbirds have canceled their appearance at the March Field Air & Space Expo in California, and it's unknown how the crash will affect the team's schedule for the rest of the year.

This was the third crash for the U.S. military in just two days. Tuesday afternoon, a Marine helicopter went down in Southern California, presumably killing all four crew members on board. And the same day, a Marine pilot was injured after having to eject during takeoff at an airport in Djibouti.