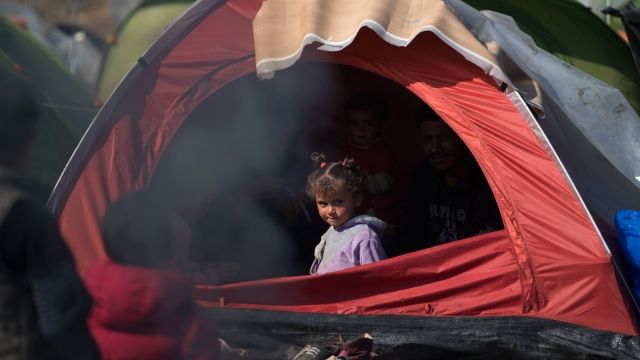 SMS
Aid Shortage In Greece Will Leave Refugees Without Warmth This Winter
By Melissa Prax
By Melissa Prax
November 16, 2016
Currently, 10,000 refugees in Greece are living in tents.
SHOW TRANSCRIPT

Kids are among the most vulnerable as it gets colder in Greece's refugee camps.

"There is no difference if you're in the tent or outside," refugee and father of four Azzizola Sedarat said.

SEE MORE: The US Will Take In Some Refugees Stuck In Australia's Island Camps

Aid groups are trying to distribute clothing, blankets and other cold-weather aid, but there's currently not enough to go around.

Right now, 10,000 refugees are stuck in tents. Greek officials and the United Nations are working to install cabins, but some humanitarian groups say many won't get permanent walls or heating.