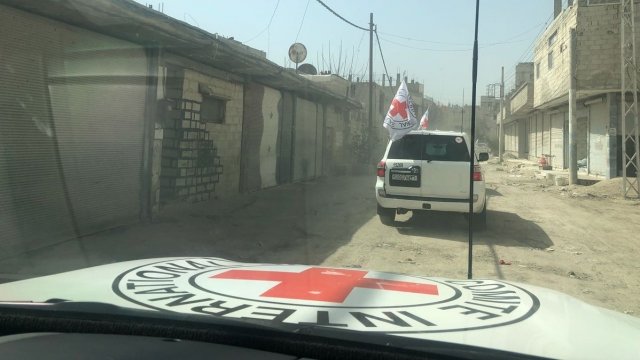 An aid convoy of 46 trucks has entered Syria's eastern Ghouta region with much-needed supplies. The International Committee of the Red Cross said Monday on Twitter the trucks are carrying enough "food parcels for 27,500 people, flour bags, and medical supplies."

The Syrian government reportedly removed some surgical materials and trauma kits from the trucks, some believe, to prevent anti-regime rebels from also being treated.

The situation in eastern Ghouta is tense. Airstrikes have escalated in past weeks as Syria's government and allies have tried to force the rebels holding the area to surrender.

The BBC reports over 700 people have been killed in the region since mid-February and says almost 400,000 people are trapped there.