Ahmaud Arbery's Mom: Shooter Not Arrested Because He Was Former Police 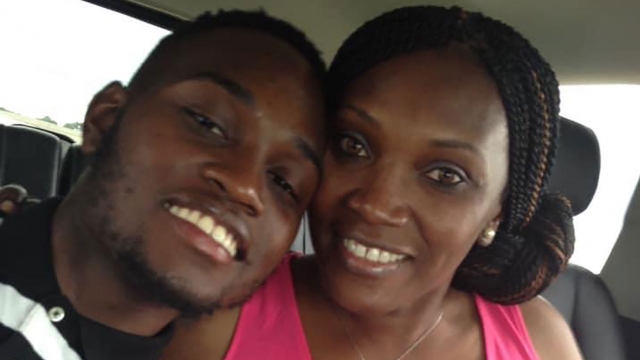 SMS
Ahmaud Arbery's Mom: Shooter Not Arrested Because He Was Former Police
By LeeAnne Lowry
By LeeAnne Lowry
May 7, 2020
The shooting victim's mother says no arrests were made because the shooter was a former police officer.
SHOW TRANSCRIPT

Wanda Cooper-Jones, the mother of Ahmaud Arbery, says the two men who shot and killed her son haven't been arrested because of one of the shooter's status with the police.

She said: "I think that they don't feel like he was wrong because he was one of them."

Cooper-Jones and her attorney spoke to "Good Morning America" Thursday morning. Gregory McMichael used to work in the district attorney's office and is a former police officer. He and his adult son Travis told police they armed themselves and confronted Arbery, who was reportedly out jogging, because he looked like a burglary suspect.

Police initially declined to press charges against them, but a 36-second video of the incident surfaced this week, leading the state to open a new investigation. The father had reportedly told police Arbery was shot during a struggle for their rifle outside their parked truck. The video shows Arbery attempting to jog around the truck, one of the men approach him, and the two fight before Arbery was shot and killed.

Cooper-Jones' attorney told GMA the district attorney failed to disclose his family had close ties to the suspects. The attorney said the district attorney should be brought up on ethics charges before the Georgia State Bar Association. A prosecutor says the case will go to a grand jury, but that can't happen until at least mid-June due to coronavirus-related closures.