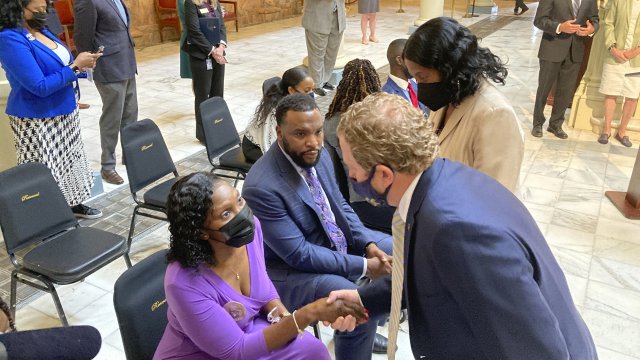 The men who chased after Ahmaud Arbery before killing him will appear before a federal judge today.

Gregory McMichael and his son Travis McMichael pursued Arbery in their truck last year after he jogged past their home.

They also face kidnapping charges for trying to detain the 25-year-old.

They could face life in prison.

Their defense attorneys say they chased after Arbery because they thought he was a burglar and say the younger McMichael shot him in fear of his life after a struggle over his gun.

Yesterday, Georgia's governor signed a bill repealing a citizen's arrest law that had been on the books since 1863.

The move was a direct response to Arbery's killing.