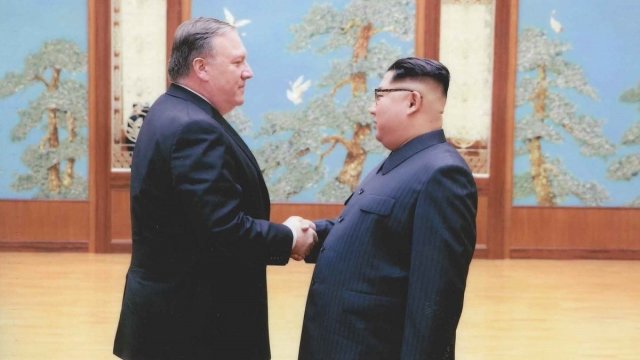 Pompeo visited the reclusive country in April when he was the director of the CIA. Now he's back as the head of the State Department.

There are a couple items likely up for discussion.

First and foremost, the expected meeting between Trump and North Korean leader Kim Jong-un. Both leaders intend to meet, but a date and location for the summit hasn't been announced.

There's also the issue of three Americans being held in North Korean prisons. Trump hinted on Twitter earlier this month that their release could happen soon.

It's unclear how long Secretary Pompeo will be in North Korea.